Program analysis is the process of checking whether or not a piece of software fulfills certain properties. This article explores the basics of program analysis, so we could then dive deeper into the world of call graphs. 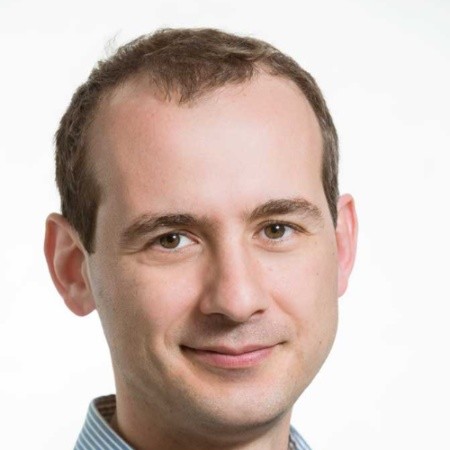 This article was written by Herman Venter and Georgios Gousios

A fundamental step in all engineering processes is the validation and verification of designs. A structural engineer designing a building can (and will) run a simulation of the building's behavior in case of an earthquake. This is actually possible because a building is a physical object that operates within a frame of reference (nature) for which we have deduced precise laws that govern it (physics).

It is natural for software engineers to want to do the same for software.  With software, however, the frame of reference needed to perform a design analysis is part of the design itself, and usually not very well specified either. Checking if a program will work correctly means to check if the program’s behavior satisfies a desirable property (for example, the program does not ever dereference a null pointer). The set of techniques used to prove whether programs satisfy properties are called program analysis techniques.

The analysis is performed on the source or a derived representation of a program. Static analysis is a method of examining software code without actually executing it. A variant of static analysis, used where compliance requirements are stricter, is to construct a program model (a simplified view of the desired behavior), and then exhaustively checking properties against all states of the model (much like fuzz testing, but done at compile time).

The program is instrumented with specific probes, trace data is collected while it is running and then analysis is performed on the traces. Dynamic analysis is a technique used for analyzing and evaluating the behavior of a program during runtime.

How is program analysis used?

Program analysis techniques are in everyday use by software engineers. Perhaps the most well known tool that uses program analysis is the compiler. A compiler will use techniques such as constant folding and dead code elimination to make any program execution as efficient as possible.  In a compiler, the laws that the compiler needs to adhere to are dictated by the semantics of the programming language it compiles.

Given some property of interest, an analysis tool can either guarantee that the property holds for all possible executions of a given program or just make a best effort. If it provides a guarantee, we call the analysis “Sound”.

Here’s a helpful analogy to explain this concept. Imagine that you’re going through security at an airport. In this example, your bag is the code, and the security checkpoint is the scanner, or analysis tool. If you go through a simple metal detector, it can alert you when it detects metal, but for the purpose of finding specifically dangerous things in your bag, it can’t give a 100% guarantee there’s nothing there. The analysis the metal detector does is not sound.

An X-Ray machine, on the other hand, can give a more accurate representation of everything inside the bag. While the X-Ray doesn’t know if a firearm is actually a toy, or if a container of liquid contains something explosive, it does know that there’s something that looks like a firearm or a liquid container in the bag. Still the X-Ray analysis is not sound, as it cannot give any guarantees, but it is much better than a metal detector.

To achieve the highest degree of analysis quality, we need to have the bag contents analyzed by a human agent, who will (hopefully!) be able to tell a toy from a firearm. This analysis approaches perfect soundness, but it is tedious and costly; this is why we often have to rely on imperfect analyses (metal detectors or X-Rays). As in this example, software analysers also sometimes sacrifice soundness for practicality and efficiency. The cost we have to pay in this case is either false or missing findings.

In our airport example, this is when the X-Ray sees something that looks like a gun, but it ends up being a toy, and we can prove to the TSA agent that this toy gun is harmless, and they’re just holding up the line, and I’ve got a plane to catch!

Going back once again to the airport, this is a case in which the X-Ray can guarantee that there isn’t a gun in your bag. It didn’t detect anything that even remotely looks like a gun, and therefore we have proof that there’s no gun in there.

In practice, however, the price of such soundness is that we get swamped with diagnostics that are not actually true (false positives) and we sooner or later throw up our hands in despair and stop using the analyzer (that’s why we all throw away our water before going through airport security!).

Anyone using a static type system will be familiar both with false positives and with the fact that type systems always provide loopholes (often expressed as runtime checks). When those loopholes are inevitably used, we open up the possibility of runtime errors, which means that sometimes the negative diagnostic (no type error) turns out to be false.

No non-trivial analysis can be both Sound and Complete (trust the Mathematicians). The best bargain to be had is a static analyzer that reduces both False Positives and False Negatives to levels that we are prepared to put with. Such bargains are hard to find, but at Endor Labs we are working hard on changing that.

in the next blog post we will examine what a call graph is and why they matter.

This article explores Maven dependency scopes: what are they, what are they used for, and how do they impact security risks?

Open-source software has become ubiquitous, powering many of the most critical infrastructure systems in the world, but its community-driven model presents a unique security risk. Because open-source projects are maintained by volunteers, they are often neglected and fall behind on security updates, which can have devastating consequences when critical infrastructure systems rely on vulnerable open-source components.